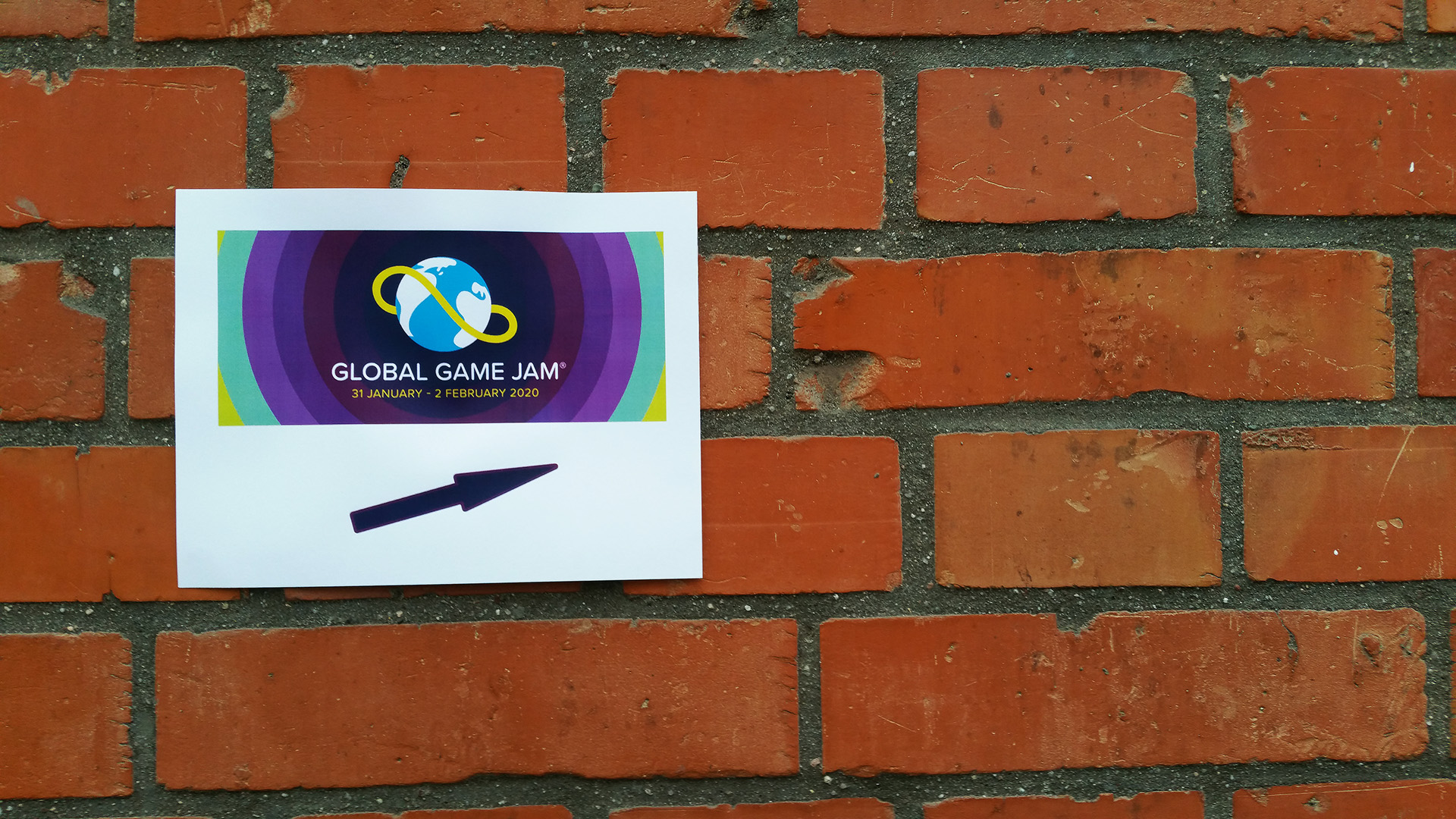 From January 31 to February 02, 2020, the Global Game Jam® took place worldwide. It is the largest event of its kind, where games are developed in small teams for a weekend. 50,000 jammers in over 100 countries gathered at 860 official sites – and we were there as well.

Our office in Ludwigsburg offered space for 10 jammers – of course our staff was all there, but also former employees and students found their way to us.

Developing took place for 48h, in 3 teams. This years theme was “Repair”, and each team interpreted this in its own way:

The Ark is a VR game in which, after a nuclear disaster on Earth, the player must reassemble animals scattered in space with the help of a stapler.

Cellar Escape is an Escape Room: the water rises and the player must solve various puzzles to escape from the cellar.

Mystery Machine is a classic point & click adventure game: the protagonist is supposed to water the flowers in the house of a deceased old man, as she did when he was alive – but he apparently had his secrets.

Our first Game Jam was thus a complete success, and we are already looking forward to the GGJ 2021.