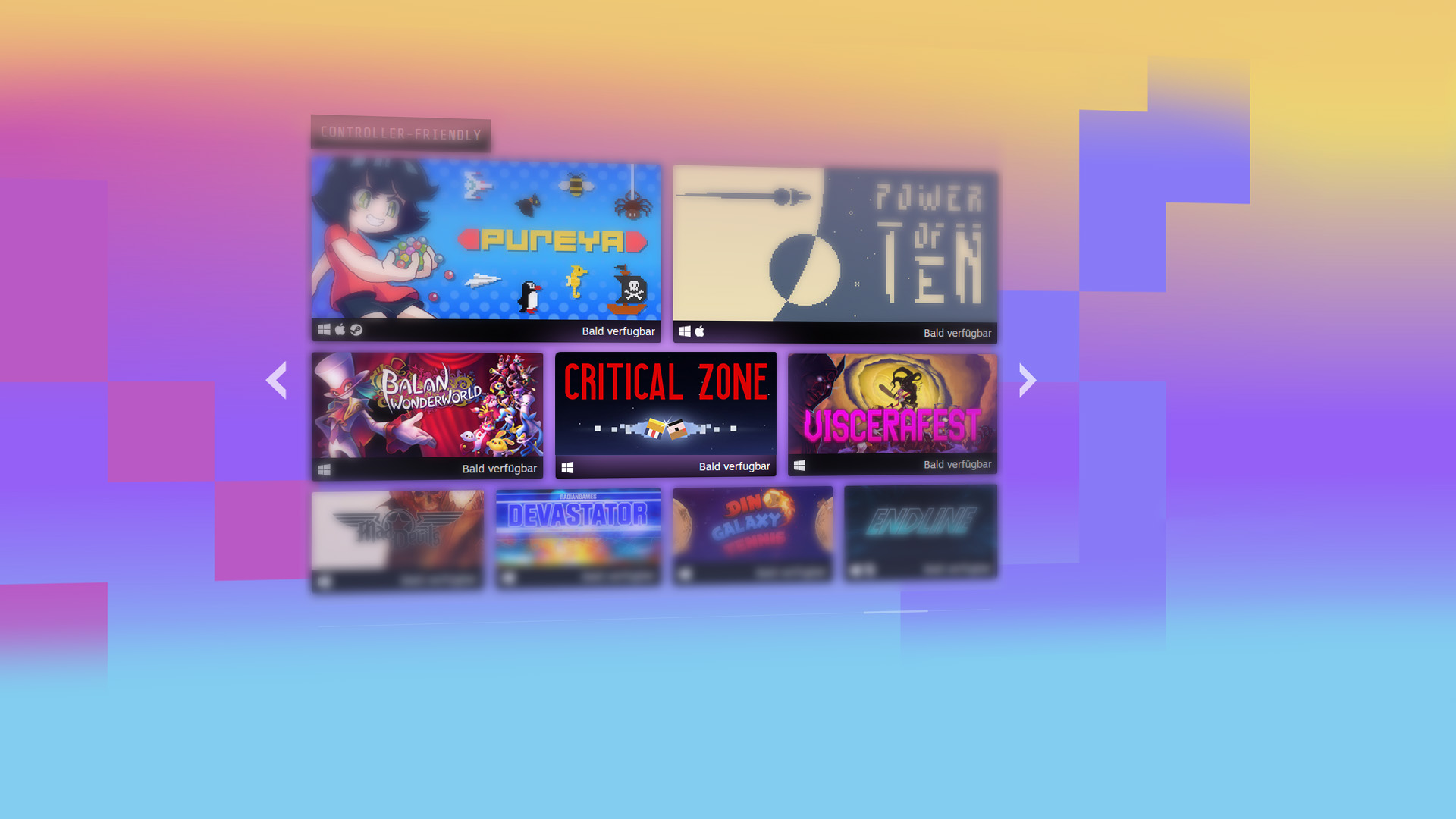 From February 3 to February 9, 2021, the Steam Game Festival will take place again, where soon to be released games will be presented. Besides a demo, there will be livestreams and developer chats.

Critical Zone is also present with a playable demo version.

The free Demo is available on Steam:

Critical Zone is a couch-brawler in which 4 players take on the role of a ruler in order to seize control of a planet. However, the other players have to leave the planet – one way or another.

In addition, we also offer publishing and porting of games to consoles.